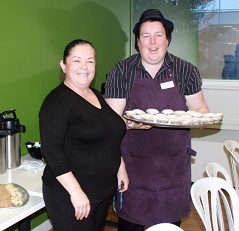 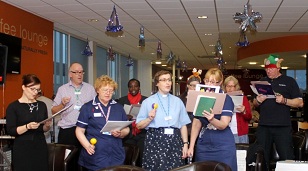 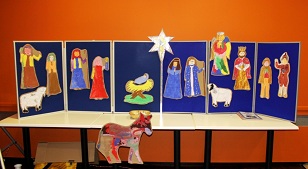 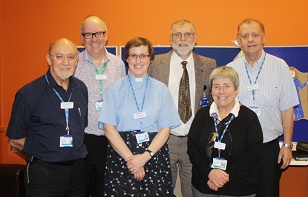 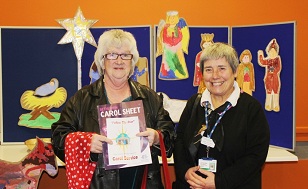 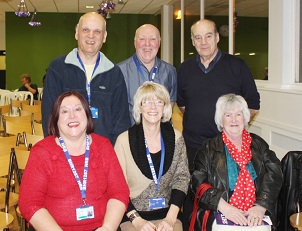 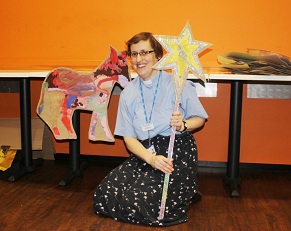 On Tuesday 18th December, BHR1287 once again had pleasure in taking part in Basildon University Hospital's Carol Service. This year the service was organised by Chaplain Linda Peall and centred around the traditional Christmas story which we all know and love. At the start of the service, all taking part were handed a star on which to write the name of a loved one, these being collected towards the end of the service, placed in the manger and prayers offered up.

The  first and second verses of the carol "Silent Night" was signed to us by the members of the Hospital Signing Team, which is in it's second year. The team is made up of hospital staff, which enables staff to communicate with patients with hearing problems. Along with the traditional Christmas Carols hospital staff guided us through the Christmas story, whilst Chaplain Linda Peall placed the main story characters into place. At the end of the service we were all handed a Christmas decoration in the shape of a star to hang on our Christmas tree as a reminder of the service we had attended

A team from BHR1287 (Basildon Hospital's own radio) broadcast the service back through the Hospedia bedside units to patients who were too ill to leave the ward.This will be available for listening to again on Christmas Day afternoon.

Refreshments were served after the service by Christine, and were made available by the Hospital Restaurant.